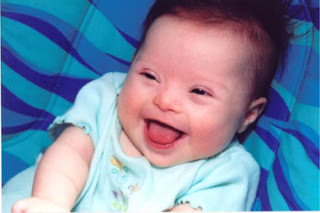 Today, March 21, is the first World Down's Syndrome Day. This day is also recognised as a World Day by the UN, along with other World Days such as women, mental health, and AIDS. Previously, this was celebrated locally in countries around the world. The Secretary General of the UN, Ban Ki-Moon, has released a short statement to mark the day. In it he said

For too long, persons with Down syndrome, including children, have been left on the margins of society. In many countries, they continue to face stigma and discrimination as well as legal, attitudinal and environmental barriers that hinder their  participation in their communities. Discrimination can be as invidious as forced sterilization or as subtle as segregation and isolation through both physical and social barriers.  Persons with Down syndrome are often denied the right to equal recognition before the law...On this day, let us reaffirm that persons with Down syndrome are entitled to the full and effective enjoyment of all human rights and fundamental freedoms.

As we know, the first and fundamental right is the right to life from conception, which is recognised and upheld in the UN human rights conventions. However, the right to life has been and continues to be attacked, rejected, and trampled on throughout the world, by the medical and legal professions, and the politicians.

Below are some facts, figures, and tables you can use in letters, articles, radio phone-in, Facebook status updates, essays, Twitter etc.
Below are three tables taken from the the National Down's Syndrome Cytogenetic Register for England and Wales 2010 Annual Report. 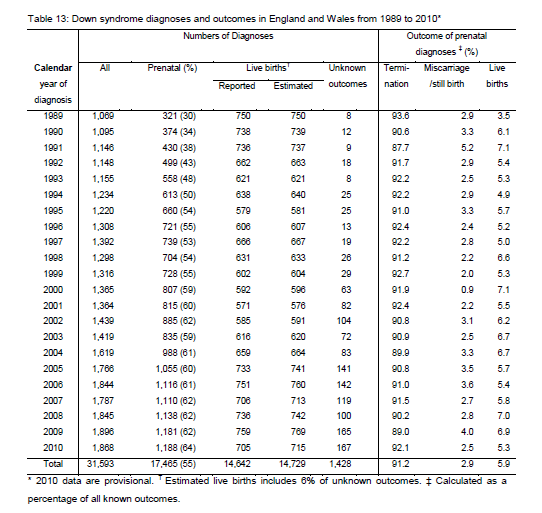 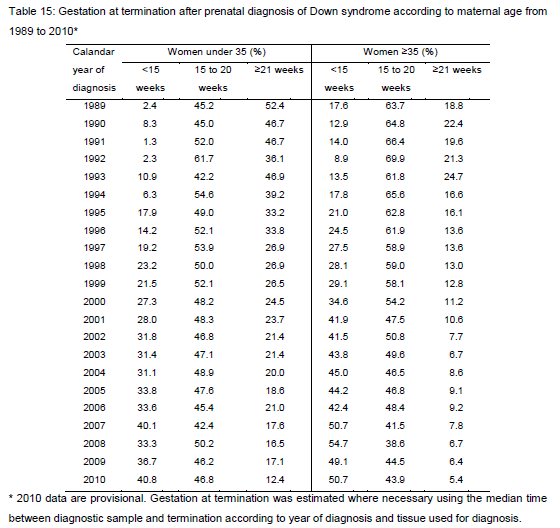